On this episode we have Staten Island native Mickey Burns. He is the host of the celebrity interview show Profiles on the NYC Media. He is also the Network President of Quest Media Entertainment, Inc.

Mickey discusses his TV show, Profiles, which has produced over 500 episodes.  The challenges the format has endured under lockdown and how his show and the rest of the TV production in New York city exits lockdown.

Mickey has also released a book covering his unlikely journey to a TV host, From the Projects to Profiles.

On this episode we welcome an old friend, Carrie Hardie.

Carrie and I worked together on our first podcast experience, , 8 years ago.

Carrie is currently stuck in Melbourne, which is the only state in Australia back in lockdown.  She discusses this, and the cancellation of the Melbourne Comedy Festival and the Edinburgh Fringe Festival. She was actively producing shows for both festivals when the call came in to effectively down tools and discusses the financial hardships she and many other people connected with the arts scene are enduring at the moment.

Not to rest on her laurels her comedy company, Serious Comedy, has moved online and is producing live shows that people worldwide are tuning in for.

On this episode we welcome Irish podcaster, Rachel Lally.  Rachel runs her own podcast, Six of one half dozen of the other and is also Actor, model, drama facilitator, street theatre performer, TV presenter phew!

Rachel is on today to discuss the performance art of Clowning. Her own experiences with it and what she learnt to help her as an artists. 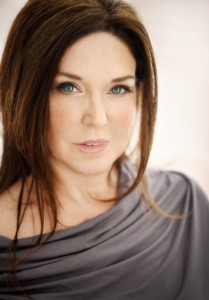 Today we are so excited to have on the show comedian, co-founder and regular MC of English Moscow Comedy, Denis Nikolin.

Denis discusses bringing English stand-up to the streets of Russia, but also details some of the other comedy formats that are popular too.

Dave as always tries to see if he can blag a gig, no matter what!

We also try and see if we can figure out what comedy will look like in 5 years, we struggled to get beyond 5 months.

Gurus of Comedy is starting to push around the world.

On this episode we discuss the topic of Sad Comedy with Sean Begley.

Some “comedy specials” are started as good old comedy shows and then seem to take a turn into something a little more dark a lot more serious.

Some of the shows discussed:

Russell Kane – Son Of A Silverback

This episode we are delighted to have on the show Welsh comedian, Steven Morgan, to discussing the challenges of doing comedy in another country.

Steven is a comedian, improviser, storyteller, actor, writer, musician, who is now based on the Netherlands, by way of Brisbane.  So he has seen the experience from a few angles now.

This was a fun podcast.  Steven and I were able to make contact via the podcast guest finding website, Poddit, here is a shout out, feel free to sponsor us!

On this episode we have the award winning writer Michael Carroll on to discuss one of his favourite authors, who also happened to be a mentor of Michael’s, Harry Harrison.

Harry’s work is largely sci-fi, with a dark streak of humour through it.

When Harry passed away here is what Michael said then about his work.

“Imagine Pirates of the Caribbean or Raiders of the Lost Ark, and picture them as science-fiction novels. They’re rip-roaring adventures, but they’re stories with a lot of heart.”[3]

Micheal is the writer of many Judge Dredd comics and novels and has also written The New Heroes / Quantum Prophecy series.

This week we welcome comedian and Jesters room runner Chris O’Neill on to discuss the novelist and Floridian Carl Hiaasen (yes that is spelt correctly).

Hiaasen has written a number of books and may have been responsible for destroying Demi Moores acting career in the 90s, we don’t know.

Today we have on Irish director, John Vaughan, in to discuss dark comedy. Comedy that arises in dark places when we least expect it but need it the most.  John has been stuck at home like the rest of us during the lockdown. So his thoughts were just going that way …

John Vaughan is the only person to ever get a hard core sci-fi commissioned by the Irish Broadcaster, RTE, called Victory?

Ireland, two years after a global invasion by an alien force – can one good cop make a difference?

Here are his other shorts, Valour, which is mentioned in the podcast: