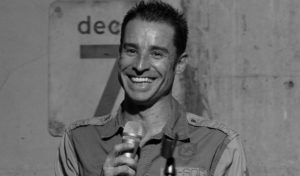 This episode we are joined by London based stand-up comedy MC and room runner  Alfie Noakes.

We discuss what is an Open Mic in the comedy world, from the beginners starting out to the training ground of the big comics.  Why it is a controversial, but also a very important space.  Both Alfie and Dave have spent many years plugging their trade around the open mic scene and bring some fascinating insight into that world, every lesson learnt the hard way, a room full of people staring back blankly when what was supposed to be funny, wasn’t!

Alfie also runs the We Are Funny Project, which provides comprehensive online courses and 1-to-1 coaching sessions for stand-up comedians at all levels of experience.

Alfie has just released a teaser of his new course “How to be a Brilliant Stand-Up Comedy MC” on his channel, until May 4th. It will be available again later in the year with the course for aspiring or new comedians with a £60 discount for the bundle.

Alfie has also promised to release a long lost Bill Hicks interview when the channel reaches 1000 subscribers, lets get subscribing.

You can also find some Chortle articles written by Alfie here:

Comedy must be diverse to counter Trump’s divisions

Enough with the faux outrage

In this episode we welcome to the show New York based stand-up Shaun Eli.

Shaun tells us about the New York stand up scene both pre and post covid.  He also discusses writing for Jay Leno opening monologues back in the 90s, performing in 5 continents (not 7, yet), the ripeness of Netflix specials, auditioning for the first Last Comics Standing, Woke/Cancel Culture and his views on the Simpsons recasting.

We also consult with Shaun on his Irish sounding name, at least it is not Declan and you can find him on his website, BrainChampagne.com.

“Shaun writes the kind of smart comedy I like to use in my opening monologue.” – Jay Leno 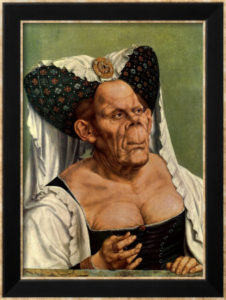 This episode we go old school, literally.  We are joined by comic Mabel Slattery to discuss medieval comedy and Mikhail Bakhtin and his Carnival Theory, we get into some interesting ideas like Humour Theory, Robin Hood, Sumptuary Laws, Secular Lyrics of the XIVth and XVth Centuries,  Richard Hill Commonplace Book, Chaucer’s Knight Tale and just having a bit of craic!

And here is a snip from the poem Mabel quoted, is it an medieval MC? you decide!

Sir, what say ye with your fat face?
Me thynkith ye shuld bere a very good bace.
To a pot of good ale or ipocras,
Truly as I you say.
Hold up your hede,
Ye loke lyke lede,
Ye wast myche
Evermore from day to day.
Bon jowre …

And some Monty Python

After a hiatus WE’RE BACK!

In this episode we are delighted to welcome back to the show Russian comic, Denis Nikolin.

With pandemic lockdowns and worldwide vaccination drives, it is even crazier in Russia, where there are protest and people being detained over the handling of opposition leader Alexei Navalny.

Denis discusses how it is getting harder to write comedy when the world decides it wants to get crazier than the punchlines he’s writing.

Denis is also working on some comedy videos released online, you can find him at “Buttfuck Russia“, careful googling that, I wasn’t!

Denis previously featured on the Russian Comedy episode, check it out here!

On this episode we got two Icelandic comedians, Eyvindur Karlsson and Þórhallur Þórhallsson, also just known as Thor as Dave was too confused by the first one. The guys come on an explain how a country as small of Iceland can have a volcano that no one else on the planet can pronounce.  They also discuss the state of comedy in Iceland and explain to Dave what a Belly Brother in Law is …

From Wikipeida, so they must be right!

On this podcast we welcome American native, but Cork resident Dakota Mick.  In taking a break from discussing cancel culture Mick discusses one of the most formative comedians of his life, Richard Pryor.

Discussed are the man himself, black culture on humor in the United States and are there any gigs running in Ireland at all at the moment.  Dave tries as usual to wrangler a gig some where, with the same hilarious results.

Today we are joined by podcasters Simon Cockle and Sam Harriot to discuss the more censorious issues that have plagued comedy and still plague us today.

We cover Brass Eye, Fawlty Towers and Simon even manages to get in a Johnathan Swift reference! Nice one!

Simon and Sam can be found over on their podcast, The Sacred Cow

On this podcast we are delighted to have on American standup comedian, Carter Anderson. Carter discusses what  it is like to be a black comedian in America, particularly now in the world torn apart with Covid pandemics, new elections and Black Lives Matters protests.

Carter is based in Texas and also runs his own podcast, Geek’d Out.

This week we are delighted to have on the podcast Iestyn Edwards.

Iestyn discusses his art form, Cabaret Comedy, but we also delve into comedy characters, Madame Galina, woke culture and Iestyn’s book, My Tutu went AWOL, which describes how Iestyn found himself behind the wire in Iraq entertaining the troops while also trying to figure out how to get teas stains out of his tights and not get stuffed in a tank.

On this episode we are delighted to have on Norwegian comedian Pernille Haaland. Pernille is mainly based in the UK, but the Covid lockdown finds her back in Norway.

We discuss performing stand-up in Norway, the fun of being an eternal expat and Dave find out all the cool places in Norway that Frozen was based on …eh for his daugther.

Pernille has her own podcast, The Right Kind of Wrong, and can also be found on YouTube and Twitter.